John Dugan, a career educator, has over two decades of teaching and tutoring experience. For over fifteen years, he has taught SSAT and HSPT prep classes in person to hundreds of students in the Washington, DC area with great success. He is now bringing the best of the classroom to you online. 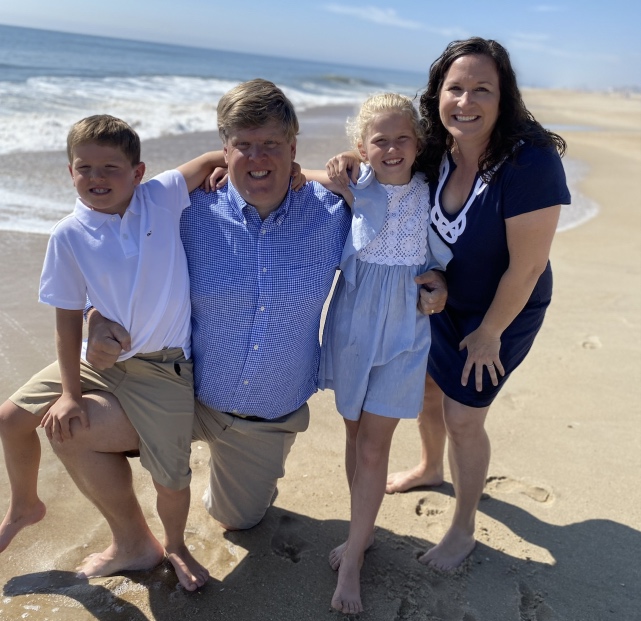 He is not a big company for whom the SSAT or the HSPT is an afterthought, low on the list behind several other standardized tests. With the onset of the pandemic, John is striving to bring as much of that classroom experience as possible to students both in the DC area and beyond.

He wants the class to have the traditional feel of a classroom, including the use of the same textbooks and flashcards that he as used in the classroom. Students will take a complete practice test and have it graded and analyzed over the span of the course. There will be weekly and sometimes biweekly Zoom sessions to support and enhance the recorded lessons.

John is a committed educator and school leader. He is disappointed that he cannot offer the traditional, in-class experience to the local students, but he is excited to bring his courses to those who need them. While there are many options available to you for such courses, John believes that his approach is rooted in the fundamentals of good teaching and learning and not in simply teaching the students “tricks.”

The oldest of six children, John is a native of Washington, D.C. He attended Blessed Sacrament School for elementary and went on to high school at Gonzaga College High School. He was young for his class, so he enrolled in a post- graduate year of study at Phillips Academy in Andover, Massachusetts before heading to college at Trinity College in Hartford, Connecticut. He was an athlete in college, playing both football and lacrosse. After college, John had an inkling to pursue a career in education. After graduating for Trinity in the spring of 1996, John was fortunate to land a job at Mater Dei School in Bethesda, Maryland. He fell in love with teaching, and his career in education has continued until this day.

After five years of teaching at Mater Dei, John had the chance to return to his alma mater Phillips Andover to become the head lacrosse coach, an English teacher, and an admissions counselor. He spent three valuable years at Andover, but eventually felt the call home, returning to Mater Dei in the fall of 2004. John also finished his Master’s program in the Great Books at St. John’s college, studying both in Annapolis and Sante Fe, NM. He continued teaching at Mater Dei and was able to continue his lacrosse coaching at nearby Georgetown Prep. John got married in 2009 to Katie, a fellow teacher, and they are the proud parents of two busy children.

John feels blessed to have had the experiences that he has had. He has worked with the administrative team at Mater Dei, becoming assistant headmaster in 2015, but he has still been able to continue teaching, coaching, and advising the 8th graders as they prepare to enter high school. He has enjoyed increasing his knowledge of “Ed tech” and working with his SSAT and HSPT students. While we are all in the midst of the pandemic, he remains hopeful about the future of education and looks forward to continuing to help young people.

John Dugan offers educational consulting services for students in families with a particular focus on boarding schools. John has experience with boarding schools and can help come up with a list of schools to select for application, help with the application process, keeping in mind the need to prepare for the SSAT, write a strong application essay, and interview well.

He was a postgraduate student at Phillips Academy in Andover, MA, graduating in the spring of 1992. After college, he began a teaching career. He not only taught courses in Andover’s English Department, but he also worked in the admissions department there for three years, between the fall of 2001 and the spring of 2004. He also served as a house counselor and the varsity lacrosse coach in that time.